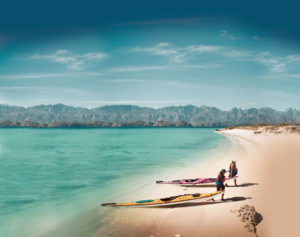 Adventure Travel Mexico (ATMEX) will be held from October 25 to 28 in Loreto, Baja California Sur. 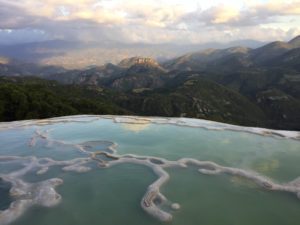 Conservation: Priority for the sustainable development of adventure and nature tourism. 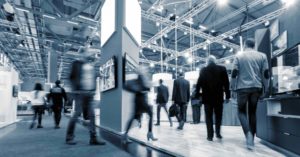 How to prepare for ATMEX and other tourism fairs

Read More »
We know that Mexico reached the number six position amongst the most visited countries in the world, as was reported by the Secretary of Tourism in 2018, reaching 41.5 million international visitors, being surpassed only by France (Nº 1), Spain (Nº 2), USA (Nº3), China (Nº4) and Italy (Nº5). These reports would lead us to believe… that Mexico is without doubt one of the world ́s travel super powers. However, we have a series of additional challenges which I ́d like to address:

First… in terms of economic contribution, tourism furnishes 10.4% of global economic activity according to the UN ́s World Tourism Organization, while in México the travel industry reaches only 8.7% of domestic GDP according to the INEGI´s most recent information. If all other things were equal, and Mexico held an “average” position on the world ́s ranking… tourism should be contributing with almost an additional 3% to the Mexican economy. However, if México were truly a “tourism superpower” then proportionally, the country should be able to command a higher than average share of the “tourism economic pie”. This premium should represent an additional 2% or 3% of domestic GDP which would lead our current “deficit” to be in the 5% or 6% range. ¿Could you imagine what Mexico could do with economic growth in the range of an additional 6%? I can’t envision any other sector of the country’s economy which could yield such growth that this country desperately needs.

Second…the 41.5 million international visitors are highly concentrated in 4 destinations: Cancun and the Mayan Riviera, Puerto Vallarta and the Nayarit Riviera, Los Cabos and Mexico City. The question here is: ¿What about the other 97% of the country’s geography? There are innumerable other regions and destinations with high or very high potential which today still do not participate actively within the country’s tourism economy.

Third… Mexico has an obscene dependence on a single market: 82% of international visitors come from the USA, while on a global scale, the Americas as a region only contributes 16% of global travelers. If we analyze this simply using risk theory, anyone could see that it is not “healthy” to rely so heavily on a single player, particularly if other viable markets exist elsewhere.

Fourth… Mexico unfortunately continues to be a “mono-product” travel destination. We continue to be primarily a sun and beach destination (mainly under the “all inclusive” model) which paid high dividends when it we designed with a real-estate development perspective by FONATUR in the 1970´s, but which today is no longer in line with modern consumer ́s preferences or expectations. This concept was clearly illustrated by the OECD’s report on Tourism Competitiveness where Jose Angel Gurría outlined that: “Challenges in terms of tourism policy include the repurposing of the tourism model so that it becomes more inclusive, more welcoming to small and micro companies, and more connected to new markets and new destinations.”

With these challenges in mind, any person that understands strategy and economic development should clearly see that there is much work to be done before Mexico holds the position it deserves on a global industry scale.

And it is precisely in this context that we have designed and “fine tuned” ATMEX´s purpose. Adventure and Nature based travel is precisely one of the segments with highest potential in the country which can lead us to a gradual repositioning of Mexico’s tourism offering.

We know adventure travel in Mexico is highly competitive, and that based on a study realized by Xola Consulting in 2011 which Experiencias Genuinas updated in 2017, we have identified a very strong correlation between the destinations with the highest potential and those that represent the highest degree of poverty in the country. In other words…. if we had a purely social focus, adventure travel should be one of the country’s highest priorities.

Additionally, adventure travel represents an average spend which is between 6 or 7 times larger than current visitor ́s contributions and that the average stay is between 2 and 3 times longer than our current sun and beach guests.

Based on all this information, ATMEX seeks to create value for the adventure travel offering which currently exists in Mexico at the same time that we foster the creation of new business partnerships which facilitate the creation of new experiences in emerging destinations. During our 2018 edition of ATMEX Colima the value of these new partnerships reached over $500 million pesos.

This is clearly not enough to tilt the scale in terms of GDP, but we are convinced that each edition of ATMEX is a step in the right direction. The people that join us year after year have the opportunity to explore new destinations which fly “under the radar”; we give access to entrepreneurs with innovative product; we inspire new generations of businessmen and women, social enterprises and communities which want to add value to their cultural and natural heritage, and most importantly, we help shape an industry that is not only sustainable, but regenerative, which DISTRIBUTES and DIVERSIFIES the product and markets we serve.

We invite you to be part of this transformative movement and join our effort to position ATMEX as a platform that redefines Mexico ́s tourism potential. That is the “why” of ATMEX.